Local golf clubs have teed off for the inaugural Moorabool Cup.

Bacchus Marsh West, Ballan and Bacchus Marsh golf clubs commenced round one of the competition at Ballan on Saturday July 15.

The Moorabool Cup is an interclub trophy designed to promote golf and club interaction in the region.

One round of stableford golf is played at each of the three competing clubs, with the cup awarded to the club with the best overall score after three rounds.

A winner will be chosen by adding the scores and dividing it by the number of players. A companion trophy will name the best individual player from each round, encouraging players to compete in all three rounds.

Michael McLeod, from Bacchus Marsh West Golf Club, said the first round of the competition saw over 90 players aged between eight and 88.

“The Cup was conceived to promote golf and interclub contact, to work on strategies to increase participation, particularly ladies and juniors,” he said.

“It is hoped interest in the Cup will lead to a larger and broader competition. People will visit their local golf club, play a round and maybe even join”.

The Moorabool Cup sees all male, female and junior members compete together, with a presentation dinner hosted by each club after the final round. This year’s presentation will be hosted by Bacchus Marsh West. 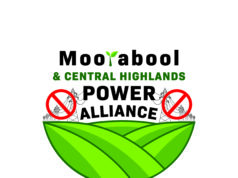 Plan early and be ready – lawyers

The Best Start to education and life