Putting their art on vinyl is hopefully ‘music to the ears’ for fans of a local folk music duo.
Cat and Clint comprises of Blackwood residents Cat Moser and Clint Dylan O’Gradey, who both play a variety of instruments including the fiddle, banjo, guitar and mountain dulcimer – the latter a long, fretted instrument with three to four strings that originated in the Appalachian area of America.
The duo’s new album, The Days That Used to Be, is reminiscent of Old-Time recordings made in the early 20th century, featuring a range of influences from Blues to Jazz, and cultural influences from Africa, Native America, Ireland and Scotland.
Recorded at Sound Recordings in Castlemaine, the album aims to transport listeners to a “bygone era of country dance halls and wind-up gramophones.”
Although the duo has played all over Australia and overseas, their home in the thriving artistic community of Blackwood has greatly influenced their music.
“Blackwood is a real hotspot for music, in particular Old-Time and Bluegrass. We were part of the group that started The Blackwood Music Festival and The Blackwood Revue along with other musical events,” she said.
“People in the community are very supportive of our musical pursuits and we really appreciate that.”
On what they hope the local community will take away from their record, Cat says she hopes it will allow locals to “take pride in their local arts community.”
“The arts are often undervalued on a federal government level, and it can be really hard to make a living from. This is why we are so grateful when locals are supportive, nurturing and get involved in community events, providing a platform for artists to showcase their talent.”
The Days That Used To Be will be launched alongside local mountain music and special guests, on Sunday 16 December, 3pm at the Blackwood Hall. $15/10 entry, kids under/12 free. 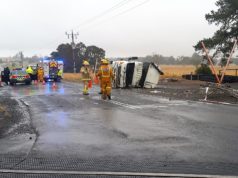 Logging not out of the woods

Clean-away into the correct bin 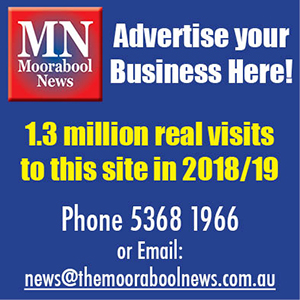