Re-elected Federal Member for Ballarat Catherine King has taken on a new role within the shadow ministry.
Ms King has announced that she will be the new Shadow Minister for Infrastructure, Transport and Regional Development, replacing her portfolio of Health and Medicare.
“My job to start with is to hold the government to account for the promises it’s made,” Ms King said at her press conference.
Moorabool Mayor Cr Paul Tatchell said he is pleased that Ms King has a new prominent portfolio.
“The new portfolio is better aligned to Council issues; Catherine is a proven performer and it’s great to see that it is reflected by a senior role in the shadow ministry,” he said.
Since being elected to the seat of Ballarat in 2001, Ms King has held the positions of Shadow Parliamentary Secretary for Regional Development, Shadow Parliamentary Secretary for Treasury, Parliamentary Secretary for Health and Ageing, Parliamentary Secretary for Infrastructure and Transport, Minister for Regional Services, Local Communities and Territories, Minister for Road Safety, and Minister for Regional Australia, Local Government and Territories.
And is there still hunger for another campaign in three years, Ms King thinks so by confirming that she will serve out her term – and again seek re-election in 2022.
“Ballarat is my home and it is an honour to represent our community in parliament”,” she said.
“I look forward to working within an Albanese Labor Government after the next election.” 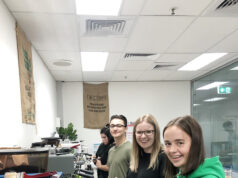 Youth get the taste for coffee 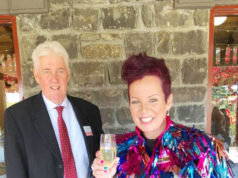