As number plate theft in the region continues to rise, local police are urging the community to lock down their plates with one-way screws.

Operation Safe Plate is a program introduced by Victoria Police and their community partners to deter thieves from stealing vehicle registration plates.

Ballan Police Station’s Officer in Charge, Sgt. Michael Kearnes said number plate theft was one of the biggest volume crime drivers for theft from motor vehicle in the region.

“This crime has a secondary effect contributing to other crimes including theft of fuel from petrol stations, burglaries, thefts and even other thefts of and from motor vehicles,” he said.

“Everybody has a vested interest in reducing crime.  Through simple steps we as a community can make it harder for criminals to commit crimes and thereby prevent offending.

“One of the largest factors in criminal conduct is ‘opportunity’.  By reducing the ‘opportunity’ factor, we can reduce crime generally across many crime themes such as theft, theft of motor vehicles, theft from motor vehicles and burglary”.

Go ahead after long wait 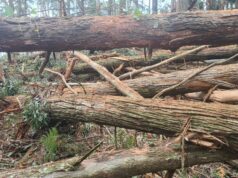 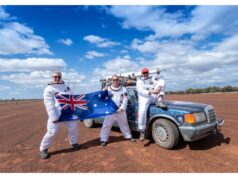